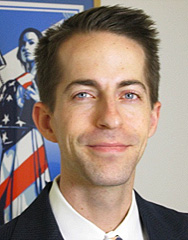 Daniel Tilley is the staff attorney for LGBT rights with the ACLU of Florida where he advocates for the rights of LGBT people throughout the state both in and out of court. Among his other work, he served as lead counsel in the ACLU’s federal-court litigation that, as part of a pair of consolidated cases and a team of lawyers, brought marriage equality to Florida in January 2015. Before joining the ACLU, he clerked at the U.S. District Court for the Northern District of Georgia and for the United States Court of Appeals for the Armed Forces in Washington, D.C. He also served on the D.C. Lawyer Chapter board of the American Constitution Society. He is admitted to practice in Florida, New York, and D.C.