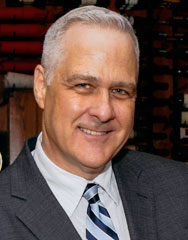 Neil D. Kolner has practiced law for more than 27 years, representing plaintiffs and defendants, in civil, criminal, state, and federal administrative proceedings, including before the Courts of Appeals. His practice has focused on representing immigrants and defending them from deportation (which Congress re-named “removal”). For the past 6 years, he has been active in the Gay & Lesbian Lawyers Network, serving as Educational Coordinator, Vice President, and was selected as President by the GLLN Board in June, 2015. He has previously served as National Vice President of the National Lawyers Guild when he guest lectured at law schools throughout the country, was active in the Lesbian & Gay Immigration Rights Task Force (now Immigration Equality), and is currently President-Elect of the Florida Association of LGBT Lawyers and Allies.